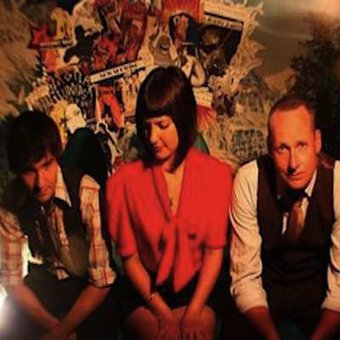 Locally loved and applauded for their dynamic live shows, and unique and innovative blending of musical genres, Farmer Pimp have pushed the envelope once again.

Formed at music school 6 years ago, Farmer Pimp is the creative partnership of Mark Michel (songwriter/producer) and Claire Holmes (songwriter/singer), with band: prominent local musicians John-Paul Muir (songwriter/keys), and Glen Child (drums), with a host of the countries best string and horn players and sections adding depth and lushness to their live performances.

Citing their influences as everything from dixie jazz to hip hop, metal to classical, Farmer Pimp mix old school with the new to create uniquely beautiful music.

Farmer Pimp have clocked up a long history of great gigs from New Years slots at Aotea Square, supports for Goldenhorse and Minuit, playing Summer Series, and most recently the Big Day Out 2010, to touch on just a few.
Now 4 years on from the release of their debut EP, Farmer Pimp have returned with a new brand of eclecticism.

With the honey smoked vocals of singer Claire Holmes, and layered warmth of their soaring arrangements, Farmer Pimp and Sweet Hot Pepper Pop is positioned within a genre-less soundscape that eludes time reference. 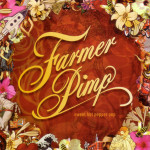 Sweet Hot Pepper Pop is the follow up to their widely applauded EP Good Thing, released in 2006.