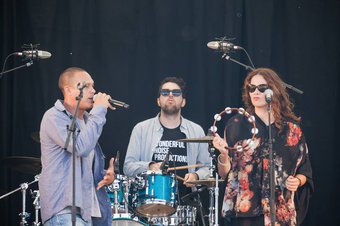 Since their musical journey began in 2001, Opensouls have been busy winning over music lovers with their fresh, infectious energy...

Infused with elements of soul and old-school RnB, the band's unique sound is due to a collaborative effort from its seven talented members, each bringing their own personality, flair and musical taste to the mix.

Jeremy and Julien are the original architects of Opensouls. Both had been members of live Hip-Hop group 5th Floor, but after it dissolved they decided it was time to start something new. And, after a careful hunt to find the right people to carry on the sound they were looking to create, Opensouls was born.

Standing In The Rain is Opensouls' terrifically accomplished sophomore album and well and truly solidifies their standing as a top-shelf New Zealand soul band. It follows their critically acclaimed 2006 debut album Kaleidoscope, which impressed reviewers and fans alike. Kaleidoscope was nominated for the Best Urban/Hip-Hop album at the 2006 New Zealand Music Awards and the single What Do You Do? claimed the best Hip-Hop song at the 2006 BNet awards. Both records were released through Opensouls' own label From The Crate Records.

Standing In The Rain is a concept album, made with the intent to reflect the sound and feeling of a musical era; late-50s, early-60s British and American RnB. Inspiration was drawn from traditional songwriters such as Lennon and McCartney, Smokey Robinson, Holland/Dozier/Holland and Van Morrison. Consequently, the album has an unmistakable vintage quality, reminiscent of Motown in its heyday. The song lyrics, about falling in and out of love, lend a more contemporary feel with Hammond's honeyed voice crooning effortlessly above an irresistibly hip-shaking, swinging beat. Tracks such as Love Turns Wild and Leave The Light On are deliciously languid and conjure up images of smoky speakeasies and bourbon-supping old-timers teasing tunes from pianos. Others, such as Blind To See and Dollars, are pure rambunctious modern pop-rock infused with 60s style RnB.

Opensouls' aim was to create an album that involved the entire band performing one hundred percent of the time. Unlike Kaleidoscope, which featured drum programming and computer sequencing, Standing In The Rain was tracked entirely live by the band's rhythm section.

The album was recorded at Jeremy's Spare Room studio at his home in the Auckland suburb of Westmere. The band knew they didn't want a polished, expensive studio sound, rather they were after a raw, gritty quality. After studying how the old soul records were made, they resolved to

While this album draws inspiration from soul, reggae, jazz & blues styles, their next album, Standing In The Rain, was made with the intent to reflect the sound and feeling of a particular musical era: late 1950s and early 1960s British and American R&B.

With their dynamic and spirited performances, Opensouls are fast winning a reputation as one of Aotearoa's best live acts. Lighting up the stage with their irrepressible energy, they are crowd pleasers at music festivals and gigs around the country, and in Australia. Bringing soul to the music scene, this powerful collective of talented musicians are setting the bar for world-class New Zealand music. 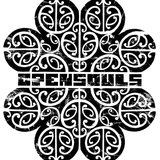