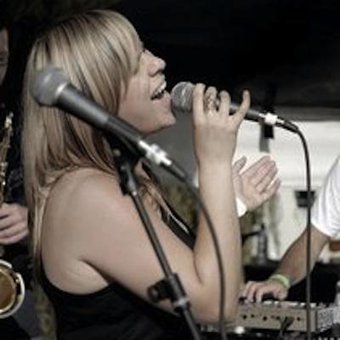 The gutsy sound emerging from the blonde 25 year old is that of the classic black soul divas of the day, being commonly likened to Jill Scott and Alice Russell.

With her Dutch/West Indian background, Sacha was surrounded by music from an early age. Her talent was discovered at the age of 16 when she was awarded Best Vocalist at the New Zealand Jazz Festival. Since then she has been making her presence known, performing at some of the best music festivals nationwide. Sacha has also opened for the likes of Shapeshifter, Hollie Smith and Harbour City Electric. Sacha Vee is also becoming known for her high profile collaborations with the likes of Devin Abrams on his latest Pacific Heights album 'In a Quiet Storm', Benny Tones on his recent album release 'Chrysalis' and one of NZ's up and coming hiphop mcees JDubs on his debut album release' The Keynotes'. As well as her collaborations Sacha Vee is also the lead singer of a chch based 7-peice funk band Oval Office which has sold out numerous New Zealand Jazz festivals and concerts.

2011 saw the release of her debut self-titled EP featuring the single ‘Patience’ which was rated no.1 on the Christchurch Bnet station RDU for several weeks. The EP was celebrated by a successful New Zealand wide tour. Co-produced by Sacha Vee herself and Oakley Grenell, the album is deep, soulful, and full of catchy choruses that could lend themselves easily into a potential hiphop remix. While the essence of her neo-soul style stays the same, her sound ranges from the cheeky sassy lines of ‘Trouble’, to the mellow grooves of ‘Honey Bee’ and the powerful attitude in ‘Wanna Rely’. With raved reviews and tremendous feedback, from her live performances, Sacha Vee's determination to become one of New Zealand’s predominant vocalists is a dream in the making. 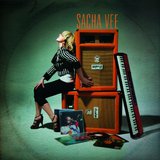