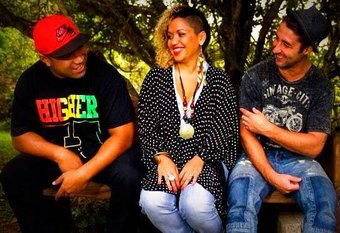 Children of the ‘Neo-Soul' movement from the late 90's, The Boom Cat are a three-piece fusion of liquid honey to the ears - pulling key elements of their musical chemistry from Hip-hop, Jazz, Reggae and Funk.

The undeniable vocal seduction of Keshia Paulse, super smooth skills of Karlos Tunks on guitar and the solid & in demand skills of bassist Isaac Etimani are the power force behind this remarkable team. The Boom Cat have embarked on a mission to create a name for themselves within the local and international music scenes and are on an unstoppable path.

Drawing inspiration from the likes of Erykah Badu, Jill Scott, Stevie Wonder to Jimmy Hendrix, The Boom Cat's music blends these tastes into totally original pieces of art - the sophistication and skill on their instruments apparent from the first instance.

Cutting their teeth performing across New Zealand, as far as South Africa, and for Keshia & Karlos, a 3 year non stop performance residence in Japan,whilst still collaborating across oceans , to together as a trio deliver their selection of original works that can be heard in their recently released "The Introduction" taster E.P. 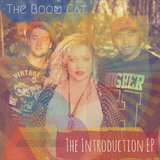 Just a little taste of The Boom Cat. Much more to come. Enjoy.