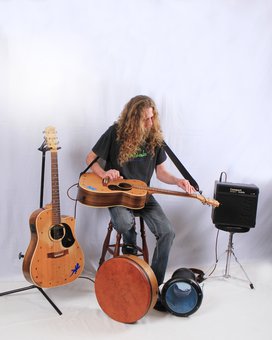 Dave Alley is a New Zealand musician originally from the East Coast now based in Auckland and occasionally touring internationally. His music is derived from a plethora of influences, mostly in the realms of blues, folk, funk, rock, and trad/ethnic/roots. Playing guitar, percussion and being a singer song writer, Dave has released a few albums solo, with his band and with collaborations.