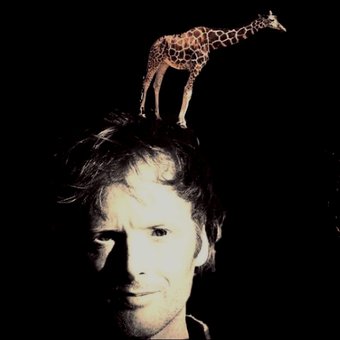 A citizen of the world, from New Zealand

"Heyes creates a genuinely unique blend of uplifting music that is almost instantly familiar for anyone with a taste for WOMAD, covering West African, Arabian, South American, Mediterranean and European music. It is in the sheer diversity and easy transitioning that Heyes proves the depth of his composition skills, his finger-picked classical acoustic guitar providing various beds that the multi-lingual vocals make into songs which bridge cultural borders." Pedro Santos NZ Musician Magazine

Hailing originally from rural Otago, Jono Heyes formed his own world music group called Mama Yeva - in Dunedin of all places - back in 2007, and has been a global artist of that musical realm since. The decade has seen him play alongside musicians from more than twenty countries, performing at venues and festivals that promote ecological and social justice around the world.

Finalist for the NZ Vodafone Music Awards 2019, the 9 Pilgrims is an album full of surprise. It is a true pilgrimage across a world of sounds and cultures. Taking the listener on a sonic journey across the world with lyrics that probe the precipice of a human created mass extinction.