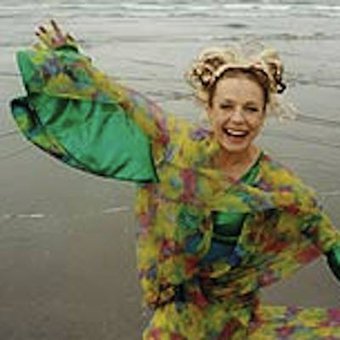 You hear the accordion first, then Lizzie Cook's voice spinning in amidst tones not easily classified, with an element of the theater thrown into the mix.

"I strive to have insights about life and how we live, expressing that in words, sounds, melody and images. I explore the details of small things like daily habits as well as the big picture. I see myself as an instrument or vehicle which expresses the power of feeling alive."

Cook's fancy for the accordion stems from her multi-dimensional talents: singer, songwriter, actor. While studying theater in Paris she was introduced to accordion. " I watched a Scottish guy perform a humorous character as he played accordion. I had a very strong sense that this was the instrument for me." The link between theater and music was secured for her a year later. Back in New Zealand, while musical directing a play, I decided we had to have accordion for a particular section, so I borrowed an accordion and have continued to play since then."

As the eclectic artist has matured, the vision and scope of her art has grown. It's part of an overall approach that compells listeners towards the singing poet's musical story telling. 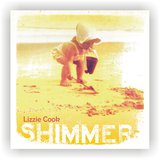 With diverse influences of roots/reggae, jazz, latin/Caribbean and folk, this album has a truly timeless quality that you'll enjoy for years to come.