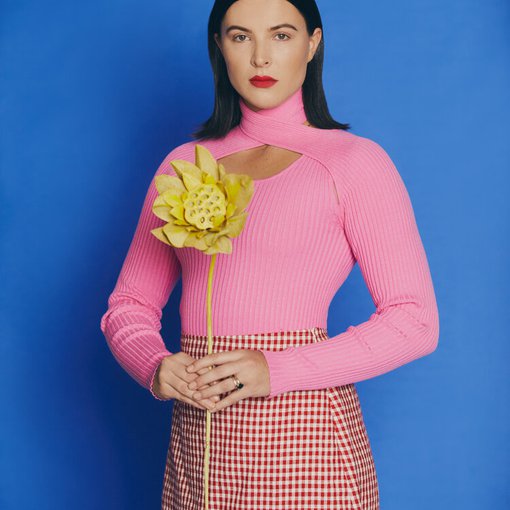 With each new release, Independent New Zealand artist Georgia Lines showcases her ever evolving craft and creative palette. The singer / songwriter fills spaces with her soulful, dream-like vocals, and distinctive feel-good R&B-sprinkled pop. Georgia has an impressive ability to create a catchy melody, as well as lyrical prowess and natural poise. She weaves together stories that express the complexity of humanness in an uplifting way. This is why her music has resonated with so many. The visual elements of her musical projects are equally as exciting as her music. They are highly stylized, emotive and fun photographic/cinematic works of art that feel authentic to the artist.

Georgia's rising popularity is proven by the over 1.5 million streams for her singles and self-titled 2020 EP; being featured on major Spotify playlists across the globe, including New Music Friday, Chilled Hits, Peaceful Pop and The Office Stereo; placement on the NZ Hot Singles Chart; significant radio play across all major Aotearoa New Zealand commercial stations; and her debut single, Vacant Cities (2019), being picked up by MTV AUNZ's Upload of the Week.

As a natural collaborator, dating back to the days of busking with her brother (who now plays drums in her band), her second single, Never Had Love, was written with Auckland-based songwriters Shannon Fowler (Tom Lark) and Mark Perkins (Merk), which swiftly reached the ears of UK label, FrtyFve, and sparked a distribution deal for her single, My Love.

Following a chance meeting during a visit to the States, Georgia's next collaboration was with Texan producer Abel Orta Jr. The result, a self-titled debut EP, which included 90s-esque pop-disco hit, Same Things. Inspired by her engagement (to her now husband), the track was written and recorded in a Houston studio across two days. It placed on the NZ Top 40 Airplay charts, garnered further radio airplay and solidified her as an artist to watch.

"When it comes to electro-pop, it can be hard to create a track which stands out from the rest, but Same Things does just this." - Happy Mag Australia.

Continuing the theme of collaboration, Georgia teamed up with New Zealand producer, songwriter and multi-instrumentalist Devin Abrams (a.k.a Pacific Heights) for their shimmering dance ballad In Bloom (2021). Due to a Covid-19 lockdown, the pair's first meeting and most of their musical creation was done over Zoom - including Georgia recording vocals at her Mt Maunganui home.

The pandemic also disrupted Georgia's plans for her debut EP launch. Determined for it to go ahead in some form, she set up a stage and backdrop in her home office for an Instagram live, which she called the Better Late Than Never Party - making for a unique and memorable release.

With lyrical fuel from many hours of reflection during lockdowns, 2021 will see Georgia revealing new music, which she has been working on with award-winning producer Djeisan Suskov (BENEE, Matthew Young, Mitch James, LEISURE).