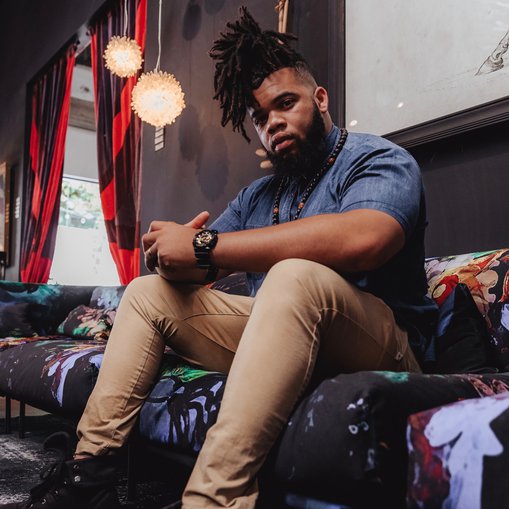 Hugh Ozumba is a multi-talented musician and community figure born in Liverpool, UK of Igbo Nigerian descent. His musical education in classical piano formed a strong foundation and as a teenager Hugh's musical expertise broadened into drums, guitar, bass and vocals.

Hugh's passion for writing and producing music took shape in 2008 with East of Eden who went on to become an iconic name in NZ's heavy music scene.

His music technology expertise and software skills saw Hugh employed at Serato as a Test Automation Engineer. He branched into a solo career under the Unchained XL moniker, taking his music nationwide and beyond, including a tour of the UK.

Hugh now primarily produces and performs alternative, conscious Hiphop as Mazbou Q. His unique musical background of golden-age hiphop, West African highlife and heavy metal forms the backdrop for his non-formulaic style of music. Mazbou Q is known for confronting his listeners with an unapologetic style of socio-political commentary while engaging them in the complexities of his unique cultural identity, culminating in the 2020 EP release "Afroternity".