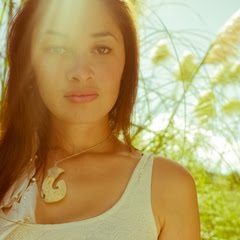 Maisey Rika (Ngati Awa, Tuhoe, Te Arawa, Te Whanau-a-Apanui) is a true gift to our programmes, and an inspiration to every student she works with. Hailing from Whakatane, her spine tingling vocals and her fusion of English and Te Reo lyrics captures the hearts of soul seekers both in NZ and abroad.

Maisey has been with our programmes since 2010. She is also a cornerstone of the Pao Pao Pao wananga, developing and mentoring young M?ori artists, and has been a mentor on the Maori Television series Songs From the Inside.

“I had one girl who was not going to stay for the workshop but took her time at the beginning to suss out what it was all about. By the end of the two days she and her group had created a song with words in Maori and English and written a guitar part for two guitars. Just amazing. She was just glowing with confidence after that day.”