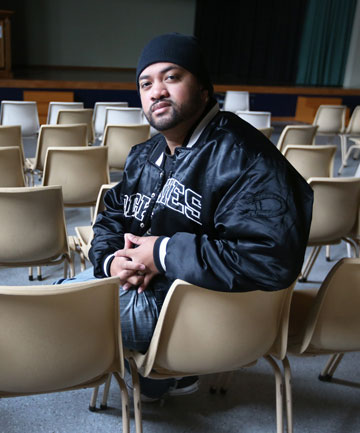 Simply put, Matt is a superstar! He is a music producer from South Auckland who has worked widely within the NZ urban music scene for many years featuring on many commercial mainstream and underground releases. He has scored for numerous commissioned film, television and radio projects as well as musically directed many live events, including the tribute to Pauly Fuemana at the 2010 Silver Scrolls and the theme song for Niu FM. Matt is well known for his soundscape installations and he has been named one of Aotearoa's delegates for the 2016 Pacific Festival for the Arts in Guam. He is also a classically trained pianist.

He has mentored and taught extensively in many areas of music, including piano, theory, DJ skills and hip-hop composition. Matt has been the hip hop facilitator for the "Remix the Orchestra" projects, a collaboration between the Auckland Philharmonia Orchestra and local youth to create exciting new music.

Matt's many talents and his extensive experience make him a cornerstone of our programme in Auckland and beyond. He is a proud Samoan New Zealander.

"It was really beneficial for our Pasifika students to be able to work with a Pasifika mentor who is an active professional, out there in the real world doing the business. Matt was a fantastic role model for them, and instantly related to them, as they did to him."