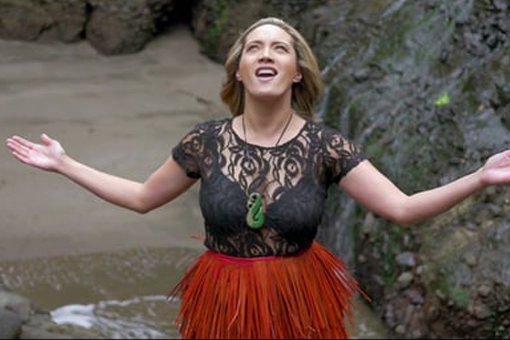 Ria Hall (Te Arawa) is an award-winning and critically acclaimed neo-soul, hip hop and urban pop performer. Ria's sound is richly layered vocals in English and Maori with furious hip hop beats that create an epic soundscape embraced and challenged multiple genres. She comes from a deep kapa haka tradition as a member of Te Waka Huia and is a host of Maori Television's #Haka Nation.

Ria is one of the superstars behind the #1 NZ hit "Aotearoa," the first #1 song in Te Reo Maori since "Poi E."

Head of music at Papamoa College Katrina Wickham said Hall was an inspiration and was accepting of any differences.
"She taught them that there was no wrong way or right way and she has challenged pupils that were only instrumentalists to extend themselves and write lyrics. She is fabulous."