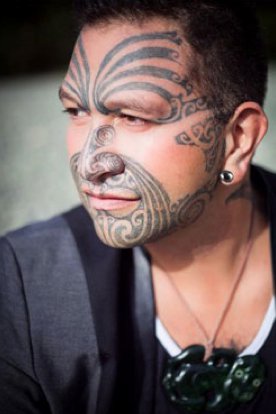 Rob Ruha (Te Whanau-a-Apanui, Ngati Porou, Tainui, Ngati Tuwharetoa, Te Arawa, Nga Puhi, Rongowhakaata, Nga Ariki) is a multi award winning singer-songwriter based in Rotorua. His unique style of music has been described as an eclectic mix of soul-roots-reggae with RnB licks, laced with rock-blues and bohemian-jazz-fusion accents. Influenced by the pulse of haka and moteatea, Rob explains his brand of music as "Haka-soul." His vocal prowess is typical of his Maori people - powerful, textured and exposed. As a songsmith, Rob's genius lies in that rare ability of weaving together sound and rhythm that bring to life the lyrics and themes of the song.

Rob has been part of our mentoring programmes since 2015.

"The entire day was conducted in Te Reo Maori so I think this massively benefited our Maori tauira. Rob is the man!"