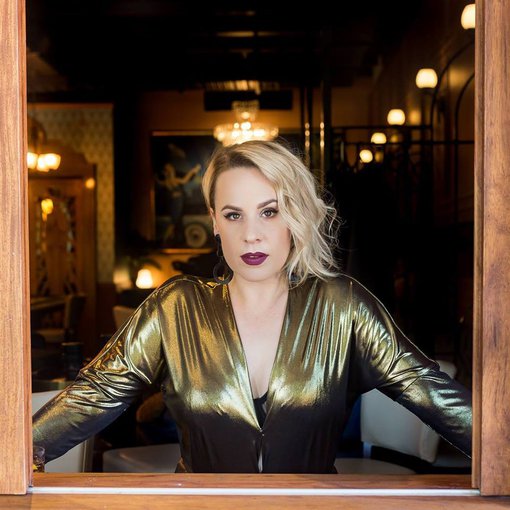 ?With more than 40 million YouTube views and multiple hit singles, she has established a following across the globe. Her career features numerous appearances on stage and television and multiple platinum records.?

?UK music heavyweights BBE Records (J.Dilla, Will.I.Am & Bilal) has endorsed her undeniable talent by releasing her Rising One EP (2015). The release was followed by rave reviews from all around the world. Mi-Soul Radio (UK) noted that her track 'GING' was "Very Badu indeed...'GING' got it going on."

?With her Dutch background, Sacha Vee travelled to the Netherlands in 2011, where she scored one of the coveted top spots on the hugely popular television show, The Voice of Holland, performing before 4 million viewers. Sacha leveraged her success on the show to launch her sound to a wider audience across Europe, making multiple recordings and appearances.

?Her stellar performances earned international accolades and heavy-hitting collaborations with major artists. Extending her remarkable reach, Sacha Vee's collaboration with Polish hip-hop luminary O.S.T.R. produced three hit singles, two double platinum albums and more than 40 million views on YouTube. In 2017 the pair also picked up the Hip-Hop Album of the Year at the Fryderyki Awards in Europe for their album, '?ycie po ?mierci'.

Released by Tokyo based music label Sweet Soul Records the album received well earned comments such as, 'this album is worthy of NZ music awards and global stardom. An outstanding and compelling album which is highly addictive." Muzic.net.nz (NZ).

Her new work has charted at No.3 on the NZ Heatseeker Charts and three songs feature on NZonAir platform NewTracks (formerly KiwiHitDisc), 'Monday', 'Feels Good' and 'Trigger'.?

Now in 2018, Sacha Vee is excited to launch her brand new music academy, SOLE Music Academy.
SOLE specialises in Singing, Songwriting and Artist Development. Sacha utilises her invaluable experience and expansive network to help clients 'bridge the gap' into the music industry and achieve their own personal goals in music.