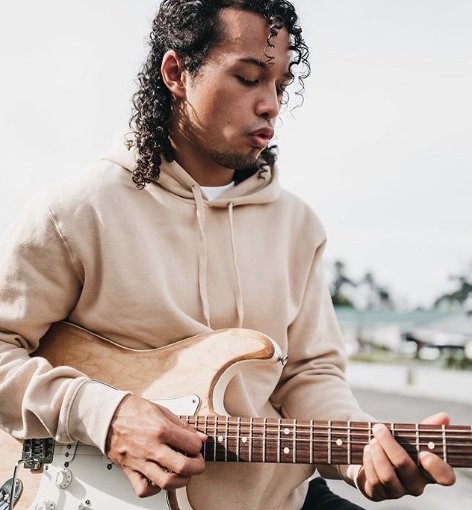 Tommy Nee is a popular singer/songwriter and the freshest flavour to enter the New Zealand Music scene and soon the world, grabbing attention for his original music and prestige songwriting capabilities. Writing songs about love, struggle and everyday scenarios in well constructed, groovy and catchy ways, RnB, Soul and Pop have definitely gained something very unique.

He is influenced by all types of music, from Motown to Pop, Disco to Funk, from the Roots Rock Reggae of the East Coast, to the Neo-Soul feel of the inner city of Auckland. This young Niuean will have something to satisfy your cravings and have you feeling that soul goodness as you cruise through all seasons of the year.

Seeking to create a 'feel good' atmosphere for something relatable to all New Zealanders, he writes songs about love, protest, and everyday scenarios that he feels will connect to the people. Playing with catchy licks and riffs, he encapsulates his audience with a positivity that can't be denied. Writing songs and being onstage since he was a young boy, Tommy is a passionate performer who believes it's the people where his music really comes to life.

While not on the music scene, Nee has a strong political world view of global prosperity. He believes no matter what color, gender, size or shape you are, that everybody is equal. On top of this, he delivers electrifying and accelerating live performances, with his 6 piece band (The D.W.A.) or even as a solo performer.

Tommy's achievements to date, 2017 Vodafone Pacific Music Awards recipient of the Phillip Fuemana Most Promising Artist, award, include a sold out EP Launch Party for his debut EP ‘Colorblind', - Various special mentions in NZ Musician Magazine including a 5 star review and segment in the fresh talent section, - #2 Heetseekers Charts, - Made it on the radio play charts top 40 tracks, - selected for NZ on air new tracks scheme.

"As a school with the majority students being Pasifika, our young men related very well to Tommy, due to him being Pasifika and relatively close to their age. Our bass player warmed very well and quickly to Tommy and they understood each other on a musical level."