Adam Hattaway & The Haunters are back with the second single 'The Magician' from their forthcoming album 'Bug Eyes'. Representing the central sound of the album in terms of it's melodic simplicity and groove. The song is about someone who feels like they have lost everything, they want to push through but don't know if they can. 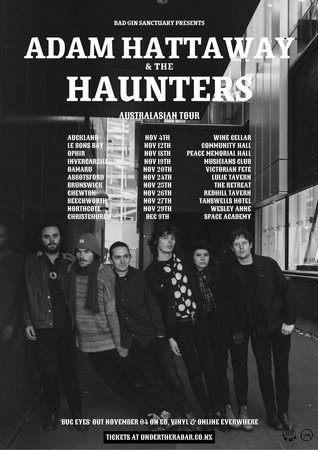