ALAE Releases Video for Latest Single 'All Gived Up' 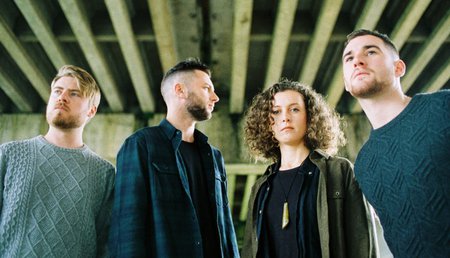 Hot on the heels of a premiere through Australia's largest street press network www.scenestr.com.au and a single debut through Spotify's New Music Friday playlist for Australia and New Zealand, Alae now premiere the video for 'All Gived Up' through NZ's own tastemaker music site, Undertheradar.co.nz.

All Gived Up is undoubtedly Alae's most emotive release yet and translating the song's themes of overwhelming myopic emotion into a visually relatable story was no mean feat. Director Mikee Carpinter explains how he used the underlying theme of emotional control to bring the concept to life; "I wanted to visually show that moment when an individual has feelings towards a person, and everyone else around them seems to disappear and become invisible. The aim was to portray that we as individuals are the only one to have control over the outcomes of these situations, and by making yourself seen and allowing yourself to be known, it gives you the best chance of success in that situation."

A late night shoot, band members, partners and ring ins in morph suits plus litres of fake rain courtesy of a strategic garden hose make up the ‘special effects' components of the clip. Fresh from a drenched back yard performance, Alex Farrel-Davey, vocalist, shares his feelings on the percieved glamour of a music video shoot: "When you get past the pain barrier and start to feel really dramatic, you're like ‘Yeah I'm in a movie and it's all artsy and shit' it feels nice.... but then you forget about all that and realize ‘Hey, I'm freezing my arse off here, oh this IS shit!' (laughs)".

Alae are embarking on a national tour, supported by ZM, in celebration of the release of their debut album Henry St which releases on 26 October. Tickets are on sale now through www.undertheradar.co.nz.

Vinyl Pre sales of Henry St are available now through Bandcamp with singles ‘Stone Cold', ‘All Gived Up' and new track ‘Home' downloadable now as part of the pre purchase.

‘All Gived Up' is out now through Spotify, Apple Music and iTunes.