Aly Cook presents ‘Cold Wind’, the 4th single released from her critically acclaimed album ‘Caught in the Middle’. The album was declared #1 airplay hit by Australian community radio and appeared in both the ARIA & NZ Album mainstream charts. ‘Cold Wind’ is a highly emotive song written by Kay Bidstrup (GANGgajang) after the sudden loss of a friend. 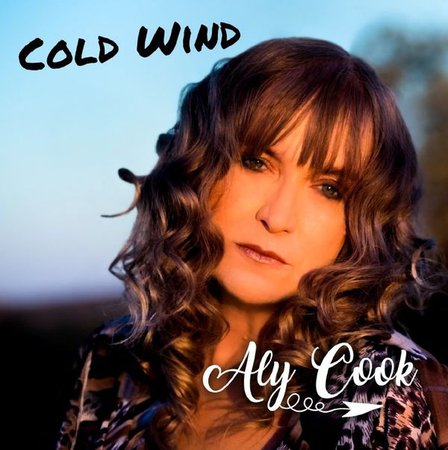 ‘Cold Wind’ was the last song recorded for the album ‘Caught in the Middle’ and was recorded by Rick Melick at Reeltime Studio in Sydney’s Northern Beaches and mixed by Buzz Bidstrup at Asquith Studios.

Aly Cook is a consummate songwriter and performer with a deep passion and energy for all things musical. She has taken her music to the world, delighting audiences wherever she roams and is carving a career as a respected live performer award-winning recording artist.

‘Cold Wind’ is the 4th single to be released from Aly’s third album 'Caught in the Middle'. The first single 'Red Dirt Road Trip' was released in September 2019 reaching #1 on the Australian Top 40 Country airplay singles chart and achieved # 5 airplay single success with a rendition of Kasey Chamber’s ‘Not Pretty Enough'' featuring Sharon O’Neill.

Aly is also a nominee for ICMA (Independent Country Music Australia) Awards for Females Artist , Single of the Year, Album of the Year and Video of the Year. The people's choice award in voted for the final here https://www.indiecountrymusicaustralia.com/vote-now

Caught in the Middle album on all Digital outlets https://alycook.lnk.to/CaughtInTheMiddle