Tasman based Recording Artist Aly Cook embarks this week on tour to Australia for the next month, on the wings of Friday’s announcement that she was a FINALIST in two categories of the Tamworth Songwriters Association Awards for two songs from her ARIA & NZ Official Charting album ‘Caught in the Middle’. 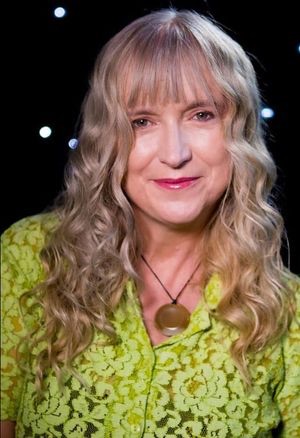 Her first single ‘Red Dirt Road Trip’, a Finalist for ‘Country Rock Song of the Year’, has had the number one position on a number of independent charts since it’s release. The song’s official music video has begun featuring this month on Air NZ Inflight Entertainment program, along with her album ‘Caught in the Middle’. The second song ‘We Hold Up Half the Sky’, Finalist for ‘Country Blues Song of the Year’, is also from the ‘Caught in the Middle’ album. Both songs have been written in Collaboration with Graham ‘Buzz’ Bidstrup and Kay Bidstrup.

Aly will be performing on a number of high profile events at Tamworth before heading north to open for Australian legendary band GANGgajang at both the Palmwoods Hotel on the Sunshine Coast on the 24th of January & The Hamilton Hotel in Brisbane on 25th of January. Followed on from this, she embarks on a radio tour promoting her next single from the ‘Caught in the Middle’ album, a reimagining of the 2002 hit by Kasey Chambers ‘Not Pretty Enough’ featuring guest vocals from Kiwi Music Legend Sharon O’Neill. A new radio mix of the single is set to release on Friday 24th of January.

The radio tour includes recording a 2nd Sonic Journey with ABC Simon Marnie. The 2 part Sonic Journey ‘From the Long White Cloud to the Vast Red Dirt’, presented by Aly are two one hour segments on ABC covering 10 artists from New Zealand who have made an impact in Australia from Tex Morton to LORDE.

In keeping with her desire to open doors for Kiwis across the ditch, Cook has been instrumental in organising a number of high profile concerts in partnership with Key 2 Artist Promotions  at the Tamworth Country Music Festival. For a number of years she has been working with NZ Gold Guitar and Tamworth Festival Event Manager Barry Harley to coordinate the New Zealand Gold Guitar showcase and the NZ Segment of the International Showcase, strengthening ties with the sister city relationship and increasing visibility for Kiwi Country Artists, on what is the biggest music Festival in Australia and the Southern Hemisphere. Artists are getting not only to perform on large stages, but also alongside NZ Country Music Legend Jodi Vaughan who is in Tamworth for the first time. Other Kiwi Artists joining Aly on Stage on the New Zealand Showcases include Jodi Vaughan , Phil Doublet, Lana Doublet, ‘Tui Award winning Country Artist of the Year’ Jenny Mitchell along with her father Ron Mitchell and younger twin sisters Maegan & Nicola Mitchell, Ainslie Allen, Bronwyn Halley, Trevor Graham. Australian based Marie Hodson, ‘2019 Gold Guitar Winner’ Jaydin Shingleton & ‘2019 Intermediate Winner’ Ocean Waitokia. Australian Artists on the joint showcases include Kell, Jacinta Laws, Andy Penkow, Gina Timms, Dan Mullins, Derani Sanders, Wendy Joy Ford, Dan Higgins, Paula Standing and Becci Nethery.

The Kiwi Country Segment of the International Showcase on the Toyota Park Stage, can be watched live online on Tuesday 21st of January at 9.00pm NZ Time (AEST 7.00pm) .