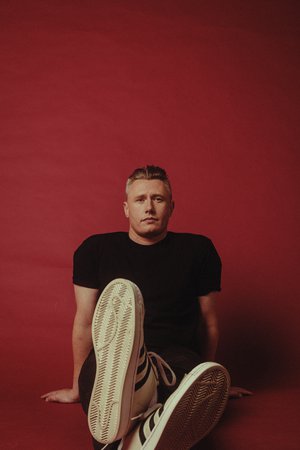 Building over irresistible soul-funk grooves, and bouncy guitar licks, the seductive new single shines with the Wellington singer-songwriter's rich vocal melodies as he ponders the thrill of an inviting new acquaintance.

Of ‘Overdrive’, Baker says,"This track is about when you meet someone new and exciting for the first time. There’s a mutual deep connection, almost like you've met each other before, and your heart is set into overdrive. Part of you wants to dive into this relationship quickly, and the other half of you says to take it slow.”

‘Overdrive’ was lushly produced by New Zealand producer, songwriter and multi-instrumentalist Devin Abrams (Dallas Tamaira, Drax Project, Pacific Heights) between his studio in Hawkes Bay and Surgery Studios, and takes inspiration from a variety of genres and eras.

"It was an absolute blast to make this song with the voice that is Louis Baker - there's a richness that exists in Louis' voice that is hard to find in the world today," says Abrams. "Overdrive is a sexy number with odes to past decades and artists. 'I Can't Go For That' by Hall & Oates was a big inspiration, alongside west coast flavours and disco."

‘Overdrive’ first came to life at the APRA AMCOS Gold Coast Songhubs, a songwriting program for artists and producers, which Baker attended in 2019. Kings’ soaring rap was added after the pair met, and hit it off, at the Reo Māori SongHubs, held in Waimarama, Hawkes Bay, last November.

With over 20 million Spotify streams and a loyal global following, the successful touring artist has sold out previous shows in New Zealand and performed on the European festival circuit multiple times. Baker’s debut album Open was released in 2019 to critical acclaim, including a prestigious Taite Music Prize nomination, and Recorded Music NZnominations for Best Soul Artist and Best Māori Artist. Previous singles ‘Back On My Feet’ (2014), ‘Rainbow’ (2016), and 'Black Crow’ (2018) have been recognised with APRA Silver Scroll nominations.

Stay tuned for more music from Louis Baker this year.