Baby Zionov is the musical project of Aaliyah Zionov (she/her), a musician and songwriter currently based in Tāmaki Makaurau. 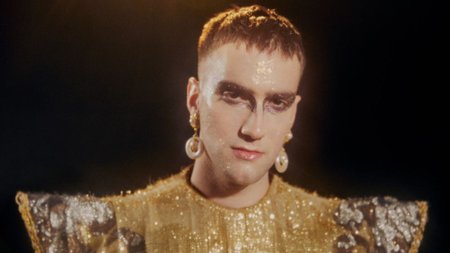 For Judy Dunaway, Mother Of Balloon Music (feat. Marika Pratley) is indicative of Zionov'screative practice. It is playfully inventive, synthesising avant-garde concepts into something accessible, and most importantly - danceable. The song is always a highlight at Baby Zionov's live shows, and sets the tone for Henrietta, acting as the album's opening track. "What I love about balloons is that they’re a cheap toy that secretly can be used to make all sorts of ridiculous, diverse unpredictable sounds across basically the entire spectrum of human hearing," says Zionov."There’s a small but beautiful lineage of experimental musicians using balloons that dates back to at least the 1960s, but Judy Dunaway, who I pay tribute to in the song title, was the first to really develop it and dedicate her life’s work to it." "In this song, I use Dunaway’s techniques by rubbing, squeezing, and deflating balloons over a hot techno beat, and my talented friend Marika (Class War on the Dance Floor,Moody V and The Menstal Cycle) plays the electric violin alongside them. I hope listeners get a kick out the way the two instruments intertwine and blur into each other!"

To celebrate the release of her debut album Henrietta, Baby Zionov has organised a stacked line up to perform at Whammy Backroom featuring A. C. Freazy, deepState plus secret special guests.

$15 pre-sale tickets are available from Undertheradar.co.nz, with tickets increasing to $20 on the door.