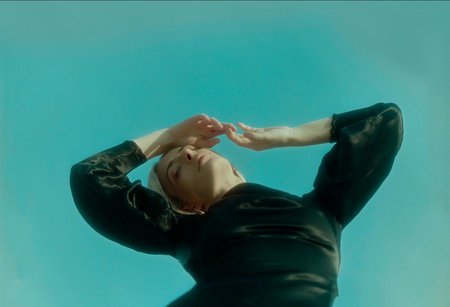 2019 has seen Chelsea on the road as support act on American electronic pop group Muna's Save The World North American tour, as well as the vinyl release of her critically acclaimed debut album Personal Best featuring the singles 'Low Brow', 'Life of the Party', 'Ride or Cry', 'High Beam' and 'Laugh It Off'.

Born in Cape Town, South Africa and raised in New Zealand, she began as a dancer and gravitated towards music early on, falling in love with the conversation between the ballet pianist and her own movement.

Eventually being caught between the high concept world of art school and a romance with the immediacy of pop music, Chelsea abandoned her studies in the middle of exams and fled to New York for a series of writing sessions with Justyn Pilbrow (The Neighbourhood).

A fan-girl encounter with producer Dre Skull in a Tokyo elevator lead Chelsea to realize that the US was the pop mecca she had been dreaming of and in late 2015, she relocated to the east-side of Los Angeles.

The multiple APRA NZ Silver Scroll Award nominee is known for delivering outstanding, relatable pop that rewards your brain and propels you towards the dance floor.