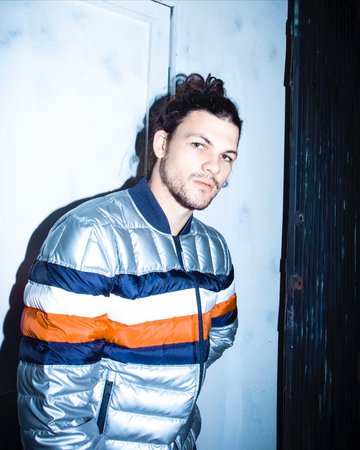 The EP is a seven-track collection showcasing his pristine electronic production and innovative crafting of sounds, and features international talents including Sinéad Harnett, Glades, Martin Luke Brown and Hablot Brown. Alongside the previously released singles 'Water', 'Off Limits' and 'Settle', there are four brand new cuts for your listening pleasure.

Stream the EP, which is out via All Points, in full here.

After a truly rapturous performance at Coachella, BAYNK will be embarking on a headline tour throughout five countries from July 4, playing to crowds across the US, Australia, New Zealand, Indonesia and Malaysia.

Towards the end of his run of dates he will be performing at Lollapalooza in Chicago, HARD in Southern California, and the prestigious Life Is Beautiful in Las Vegas where he joins Billie Eilish, Zedd and RÜFÜS DU SOL on the line-up.

His releases are supported by beautiful visuals with collaborator/co-director Spencer Graves (Kendrick Lamar, Lauv), and his immaculate creative vision doesn't end there; Jock is responsible for all art direction and artwork design (which he had shot by Korean photographer LINNNN), art directing his photo shoots (with photographer Eric Kelly), co-directing his live visuals (also with Spencer Graves and Tess Bjiere) and programming all his own lights for his impressive live show.

**BAYNK will be donating $1 from every ticket sold to the Christchurch Mayoral Fund -
Our People, Our City, to go to the victims and families impacted by the tragic Christchurch shootings on March 15.