BAYNK Releases Single ‘What if He Put His Hands on You’

New Zealand-born, London-based artist BAYNK has released his fourth track of 2021: ‘What If He Put His Hands On You.’ The song features a catchy, bouncy use of vocal samples that perfectly complements the meditative, otherworldly lead release ‘Mine’ feat. Cub Sport. 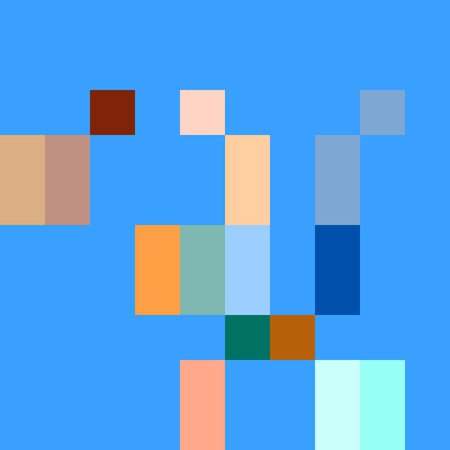 View the VR Visualizer for ‘What If He Put His Hands On You’ HERE.

To accompany the release for ‘Mine’, BAYNK also revealed a stunning kaleidoscopic music video for the new single that PAPER Mag called “glitched-out piece of pop finery.” Directed by Joseph Pease, the visual features the performances of Tim and Sam from Cub Sport, capturing the thrill and tension of a new love emerging from secrecy.

View the music video for ‘Mine’ feat. Cub Sport HERE.

Tim shares, “The lyrics for ‘Mine’ were inspired by the very start of Sam and I getting together. Neither of us had really come to terms with our sexuality, so there was a lot of secrecy around it. With the joy and excitement of that came a heaviness of hiding a big part of who we were, and a lot of shame and fear about being queer and what would happen if our families found out. So overall it’s about the excitement of love accompanied by a fear of huge change.”

The double release comes off the heels of debut single ‘Esther’. Featuring the velvet vocals of Tinashe interplaying with his own to create a heavenly balance, ‘Esther’has taken off and shows no signs of slowing down with over 3 million streams already. Since release, the track has given BAYNK his first ever plays on BBC Radio 1 from Rickie, Melvin & Charlie, Apple Music 1 with Rebecca Judd, and most recently for BBC Music Introducing (London) with Jess Iszatt. Elton John featured ‘Esther’ on his Apple Music show ‘Rocket Hour’.

BAYNK’s upcoming 24-date headline tour of the United States and Canada has been announced for next year. After his largely sold-out run in 2020, and forthcoming sold out debut performance at XOYO in London this November, his ADOLESCENCEtour sees his triumphant return to the road in early 2022.

Tickets on sale at baynk.me.

Born Jock Nowell-Usticke, BAYNK has seen a meteoric rise since his debut just 5 years ago, amassing over 250 million collective streams across his three independently-released EPs. An instinctive creative, writer, producer, performer, director and above all a thoughtful curator, BAYNK has not only collaborated with Sinead Harnett, GLADES, Tei Shi, Shallou, and Golden Vessel, but also shone with his own vocal performances on his anthemic singles ‘Poolside’ and ‘go with u’. In addition to selling out headline performances across the US, Australia, New Zealand, and UK, BAYNK has wowed audiences at festivals such as Coachella and Lollapalooza. His music has been used in placements with Nike, BMW, and Apple.