The Dunedin-based singer-songwriter is happy to announce her debut EP is available now. 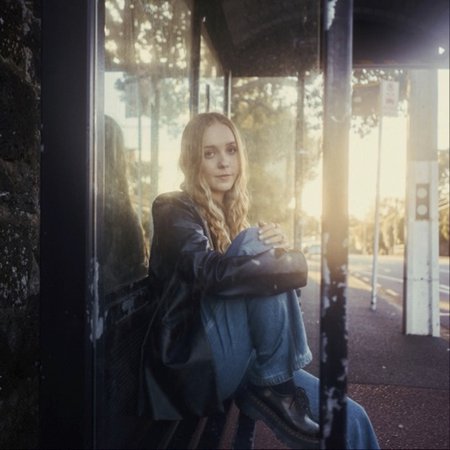 Originally hailing from Hamilton, Becca Caffyn has always had a deep intrigue for the world around her. Raised in a yellow house in the suburbs, she grew up having visions of one day living in large cities, travelling the world, and performing to crowds of her own. After leaving high school, Caffyn was handpicked to join an Artist Development programme at Parachute Music. She packed her bags for Auckland and spent a year in the studio honing her songwriting, working towards her debut collection of recordings. At 19 years old, Becca Caffyn writes with prescient clarity; crafting honest lyrics and gentle melodies that speak to her own experiences, all in the hope that they can resonate with the experiences of others too.

Written during the transitional period of late adolescence, ‘The Replacement Blonde’ EP captures bittersweet moments of youth, touching on pivotal experiences of moving out of home, outgrowing friendships, experiencing first heartbreak, and navigating the loss of a relationship. Produced by Christchurch-based Will McGillivray (Goodwill, BEXY, There’s A Tuesday) and mastered by Joe Faris, ‘The Replacement Blonde’ EP introduces Caffyn as a skilled songwriter, combining her developing style of introspective bedroom folk with the indie-pop sensibilities of modern influences.

The 4-track body of work includes previously released singles ‘Stair Kids’ and ‘Replacement Blonde’, in addition to two new tracks. With its layered guitars and delicate vocals, ‘Stair Kids’ builds to an ear-worm of a chorus, detailing teenage nights with “grazed knees” and second-hand smoke, while ‘Replacement Blonde’ taps into themes of summer romance and teenage infatuation through its intimate acoustic performance. The Replacement Blonde’ EP features co-writing contributions from Sophie Bialostocki and Joshua Chatfield, as well as songs written solely by Caffyn, and was made with the support of Parachute Music.

‘The Replacement Blonde’ EP is out now. You can stream it here, and find Becca on social media here.