BENEE's 'Supalonely' Continues to Soar Up the Charts Worldwide

Poised to be one of the best new artists of 2020, New Zealand’s indie pop sensation BENEE has become one of the most-listened to artists in the world this month as her latest track reaches over 200 million in total streams. 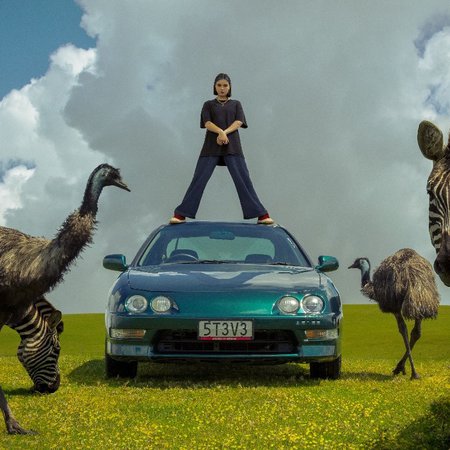 Within a short time, BENEE has gone from canvasing Soundcloud with covers out of her teenage bedroom to rising the charts with her latest song “Supalonely” [feat. Gus Dapperton] and amassing over 400 million streams of her catalog around the globe. Listen to “Supalonely” ft. Gus Dapperton HERE. Last week the song vaulted to #10 on the Spotify Global Top 50 Chart and #23 on the US Top 50 chart, and cruised up the Billboard Hot 100 to #58. Over the airwaves and online the song is approaching Top 20 on the US Top 40 Radio chart and has been used in 10 million plus TikTok videos, while earning 150 million-plus video views and counting. Other chart moves include #10 on the Pop Streaming Chart, #41 on Nielsen’s On-Demand Streaming chart and #54 on the Top 200 Song Consumption chart. This week BENEE was crowned 99th most listened to artist on Spotify and hit over 140 million streams on the platform. In addition, the song has been certified Gold in New Zealand (Top 5 NZ Spotify, #4 Top 100 Airplay, #2 peak Top 40 Singles chart), Australia and Canada, reached #1 on the New Zealand Top 50, and #6 on the Australian Top 50 Spotify Chart, Top 20 on the UK Airplay chart and has prime placement on a plethora of top playlists including: Spotify’s Today’s Top Hits (26M), Teen Party (4M) and Pop Up (3M). Meanwhile, the single has exceeded 30 million streams on Apple Music and recently reached #3 on the Apple Music Alternative chart. The song’s trajectory was initially powered by a TikTok dance created by California teen @zoifishh just a few weeks ago. TikTok users have now created in excess of10 million videos using “Supalonely”, including a string of popstars, models and movie stars from J.Lo to Emily Ratajkowski, making it one of the largest breakout hits ever from the emerging platform that his launched the biggest new acts of the past year. Critics have been raving about the single with Los Angeles Times calling it “deeply infectious” and People Magazine praising it with “kids are loving ‘Supalonely’ but the legends are too” – referring to BENEE’s recent appearance on Elton John’s Rocket Hour Radio Show on Apple Music where he called the track a “global smash.” The story of “Supalonely’s rise was even picked up by Pitchfork in a recent piece titled ‘Benee’s Supalonely and the Inexplicable Power of Vibeyness’. This unprecedented run follows a massive 2019, which she capped off by taking home trophies for “Single Of The Year” [“Soaked”], “Best Solo Artist,” “Best Pop Artist” and “Breakthrough Artist Of The Year” at the New Zealand Music Awards in November. Adding to these accolades “Soaked” has also been certified Double Platinum in New Zealand & Australia, “Glitter” has been certified Double Platinum in New Zealand and Platinum in Australia, and “Evil Spider” & “Find an Island” have been certified Gold in New Zealand and Australia. Her two EP’s Stella and Steve and Fire On Marzzz have also been certified Gold in New Zealand.   “Supalonely” remains one of many standouts from her 2019 EP, STELLA & STEVE [Republic Records] — check it out HERE!