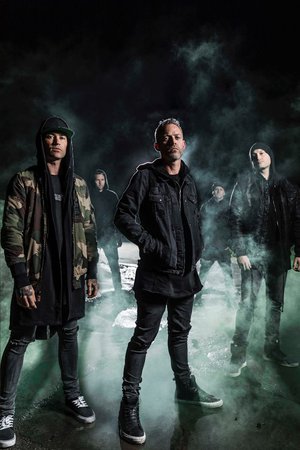 Returning with a heavier, deeper sound, ‘R.I.P’ is a true reflection of the times the band have been put down, held down and told they couldn’t be who they wanted to be.

Lead singer Damian Alexander says the band were at first nervous to come back to the Blindspott writing process after 15 years but, “Once we got in the room, it began to flow like blood.”

“‘R.I.P’ sounds more like us than I think we have ever sounded and with all the time that has passed between us as a band the growth, drive and vision we all share now is a firm f*** you to anyone who has ever doubted us.”

“We can't wait to share ‘R.I.P’ and more music over the next year.. It’s going to be a big year of creativity and a lot of the dark energy in our past is fuelling some of the best music we have ever written,” says Damian.

Alongside the first single, a four-part album is on the way. Breaking the traditional way of releasing albums, the album will be released in four volumes each with three songs. The first volume is due out late October, 2021.

In June 2020, the band re-released their iconic self-titled first album BLINDSPOTT on vinyl which went straight into the charts at #1 - making them the first band in New Zealand music history to have an album debut at #1 twice. Following the success of 2020, Blindspott announced they would be hitting the studio for the first time in over 15 years to write and record new material.

Fans can celebrate Blindspott’s return when they hit the road this summer with their nationwide tour. Blindspott is back to take the f***ing throne!