MC, producer and musical shapeshifter Bobandii (Silas McClintock) teams up with CHAII in a collaboration of friendship on this playful, soaring ode to Bonnie and Clyde. 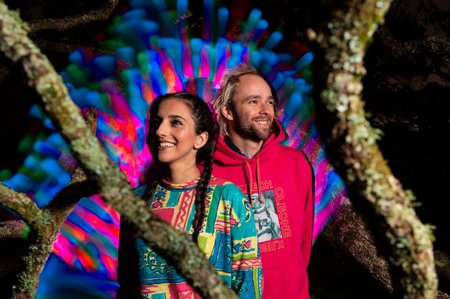 ‘Falcon' is the fourth new single to be revealed off McClintock's anticipated debut album, due out later this year. Self-produced and co-written with CHAII, the track was mixed by Ben Lawson at Red Bull Studios.

Listen to ‘Falcon', out now on all streaming services: Spotify | Apple Music | iTunes

Over the last few years, the young songwriter, MC and producer has risen through the ranks, attracting attention for his energetic, fun-inflected production style and stylistically fluid creations.

Since the release of his 2017 mixtape Of The Forest (of which The Spinoff remarked "you have to recognise the sheer level of vision that went into this thing,") McClintock, originally from Warkworth, has expanded his horizons from his early hip-hop influenced origins, introducing strong melodic elements to his music.

Following a prolific couple of years releasing two EPs and a collaboration with Raiza Biza ‘Marco Polo', Bobandii shows no signs of slowing down.