Alternative indie-rock artist Bridges has revealed her captivating new single ‘Weightless Without’, the first track to be released off her forthcoming debut EP. 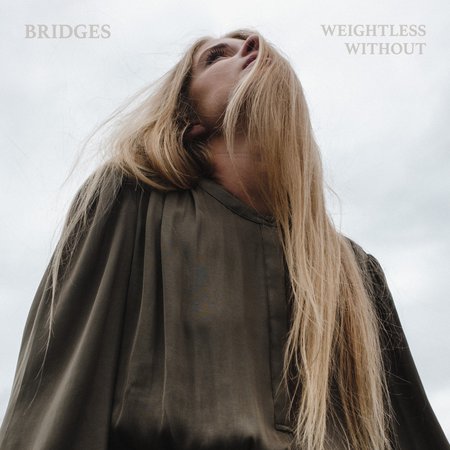 The Christchurch born, Auckland-based musician has been performing as an acoustic singer/ songwriter for years, but started releasing music under the alias Bridges to mark the transition into a richer and more dramatic sound. Now, atmospheric guitars soak the sonic landscape, held down by a driving rhythm section as the track single builds in intensity into a wall of sound. Bridges’ delicate determination and rich vocal tones are relentless in expressing the weight of what it takes to free yourself from a toxic relationship.

Bridges wrote ‘Weightless Without’ about a pivotal moment in life, when she realised she couldn’t save everyone: “I was in an unhealthy relationship and it took me a long time to see it,” she says. “I thought I could be the one to make them feel okay, but eventually realised the relationship was incredibly heavy on me and I couldn’t help someone who wouldn’t help themselves.”

“This song is about the determination of what it emotionally took; going from a whisper of realisation into full blown clarity. I needed to write the track to express the journey of quiet vulnerability, confusion, anger, determination and the sense of freedom I felt when it was over.”

Recorded at The Lab with engineer Olly Harmer, the stellar line up of local musicians on the single include Josh Naley (artist Wells*), Chris Marshall (of Miss June) and David Waters (of Being.). The song’s lyric video was a labour of love, as Bridges animated the majority of the lyrics in the video herself, while the song’s drummer, producer and mixing engineer David Waters edited the dramatic smokey visuals. “We really wanted to create a lyric video to visually evoke the mood of the song,” she says. “I was going to pay someone to do it, but I knew exactly how I wanted it to look in my head; so David very quickly learnt the software and we did it ourselves!”

Bridges released her debut single ‘Sister’ in 2019, which had her featured on RDU and perform live on RNZ shortly after its release. Since this initial introduction to the Bridges sound, she’s been laying low to finish work on this next phase.

The upcoming EP, set to be released in the second half of 2020, will be full of even more vulnerability, angst and complicated feelings swirling in vast sonic landscapes. There’s lots to come, so get ready!

Listen to ‘Weightless Without’ here: https://smarturl.it/wwth