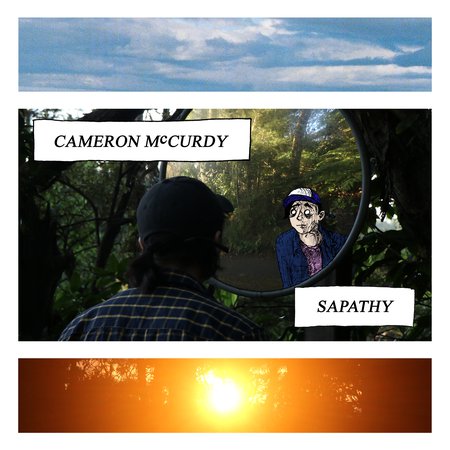 This album is three years in the making, having been finished in 2017 before a corrupted laptop ruined the files. Salvaged, glued together, and nursed back to health by McCurdy and producer Alex “Mr•O6OO” Thompson; it’s finally ready for new ears.

Sapathy sees McCurdy stepping out from behind the drum kit and launching headfirst back into the existentialist dread of his 2017 gap year. The album was written from the rooftop of McCurdy’s teenage home, staring out over the city. It tells the story of apathetic passion, caffeinated insomnia, absurd lyricism, and an inner/outward examination that lasts a single night from sunset to sunrise.