Multifaceted artist CHAII has joined forces with rappers Kings and eleven7four on new single ‘Might Just’, out July 23rd. 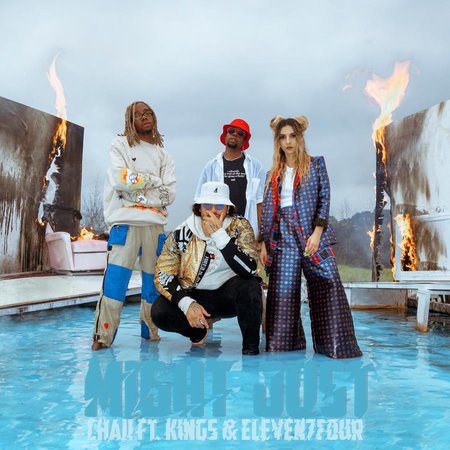 CHAII recalls the making of ‘Might Just’ “I was in the studio with Rory, Kings and eleven7four at a time where we were in and out of lockdowns. We were all in a similar head space - of how crazy the world is -  and how you never know what might just happen.”

A performer, writer, producer, audio engineer and director, CHAII is a fearless young artist providing a strong immigrant voice for her generation.  Her music has featured in ads and soundtracks for some of the biggest brands, such as the iPhone 12+ launch, Tony Hawk’s Pro Skater, FIFA 2021, FENDI’s global online campaign FENDIVA to name a few.

Kingdon Chapple-Wilson, known professionally as Kings, is a New Zealand rapper, singer and songwriter. He broke the record for longest running #1 single in 2017 for his track ‘Don't Worry Bout It’.

eleven7four are twin brothers Muche and Shingi. Originally from Zimbabwe, they grew up in Auckland, where they developed their potent, distinct hip-hop style. They have graced the stage with some of rap music’s biggest names, including Chance the Rapper and Wiz Khalifa.

A collaboration between three of New Zealand’s most in-demand musical acts throws up typically dazzling results.