Rising local artist Chris RL continues to build upon his electric start to 2021 by sharing a captivating new music video for his highly anticipated single, CRY. 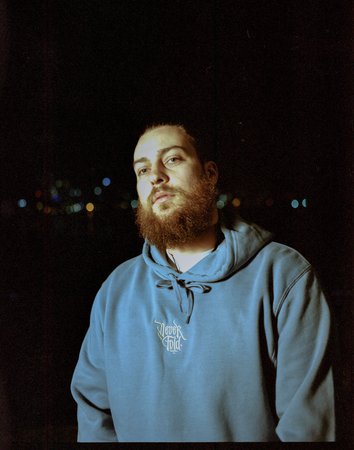 “CRY” the official music video is out today!  the single is set to release on all streaming platforms WEDNESDAY 3 MARCH. Chris RL is looking to continue to build upon the buzz he’s created this year leading up to his debut solo album, GUIDANCE, which is set to release May 10th of this year.

The raw and authentic single remains true to what Chris RL has always shared with the world - pure emotion delivered via powerful, captivating wordplay. After freestyling on Randy Sjafrie’s Weeknights show on MAI FM, the public demand was at an all time high for more from the Auckland born, Taranaki raised rapper.

"I used to live in this crib in Remuera. It was the first place where I had a studio seperate from my living space. I shared it with 2 dancers, one produced and the other made clothing. We used to stay up all night creating sh*t in that room. A lot of sh*t was happening in my and my crew's life at that time. That room was where it was all processed.. relationships ending, family dying, and on the flip side, my bro's and their partners were having kids. So much raw emotion and expression happened between those four walls. My friend Sonny got signed after some real heavy hardships and it gave us a lot of hope. I remember being so excited that one of the bro's has a ticket out, here's DJ Mustard in my bro's dms watching us cook up in my studio, sh*t was wild. At that time I was travelling out to Papakura to see Keith regularly... One day me and Ssu were listening to beats in his lounge. That's when I heard the instrumental for CRY. I always ask my bro's for beats, but when they hit my soul I don't leave till it's on a USB or in my email, haha. I took it home and wrote to it as if it was my version of 64 bars. I wanted to bring myself authentically to the beat, talk about some real shit. I wanted to show my pen game but not brag or speak down on other rappers. Classic Keith, his beat inspired me so heavily. It's as if it wrote itself. He's got a beautiful way of being technical but simple, putting his pain and joy into his music. That man doesn't speak much but his beats say everything for him. I spent all night in that shared studio space. Channeling the energy all of us were feeling at the time." - Chris RL

The powerful music video features a blend of mixed media including heartfelt DV tape and film footage shot in Chris RL’s hometown of New Plymouth. Following on the same path as the single’s creation, raw emotion and expression is poured into the music video, showing cameo shots of Chris’ loved ones and places that hold a place in Chris’ heart. On just a small self funded budget, Chris RL poured everything he had into matching the song’s energy visually, and shares with you a visual masterpiece that resembles a high budget video production.