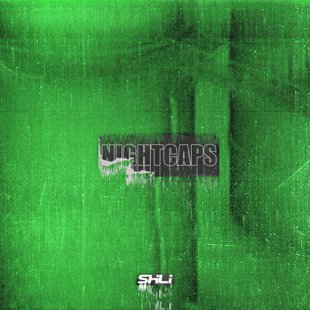 SHLI has been attending Christchurch’s SOLE Music Academy since 2019, where he has honed his production and songwriting skills. Earlier this year he graduated to their Artist Development programme where he was supported throughout the production and release process by SOLE founder, Sacha Vee, and well-known electronic producer KAMANDI.

“Working with KAMANDI has made me a considerably better producer,” SHLI says. “His experience goes so much further afield than just music production. And, working with SOLE has been a super amazing experience for me. I’ve learned so much in the last year or so already about making music and everything that surrounds the music. I used to be really mystified about the music industry, but through doing music business, it all makes a whole lot more sense.”

Nightcaps is the title track off his soon to be released debut EP also titled Nightcaps. Influenced by the likes of Burial, Yung Sherman and Gud, the EP features four ethereal and ambient songs refined from a collection of original demos he created last year. The debut single is a song with driving trap rhythms, accompanied by uplifting melodies.

“My music is influenced geographically through my city and what’s happened to it over my time living here,” SHLI says. “The concept behind the Nightcaps EP is very much centred around nature and the baron Southern landscapes.”

The Christchurch born-and-raised musician first got into producing music at the age of 12. Soon, he discovered SoundCloud and began listening to local electronic producers, groups and collectives. This continued to further hone his sound to where it is today.

Following the launch of Nightcaps, he plans to continue working on and releasing new music. His goal is to produce for other musicians, and play festivals across New Zealand and Australia.

“My plans for the future, music-wise, would be to try doing some remixes as I've been focused mainly on original work for the past six months. I’ll also be focusing more on DJ-ing and playing live shows.”