Iconic band CROWDED HOUSE reveal a new single “To The Island” and announce their forthcoming album Dreamers Are Waiting will be available June 4. 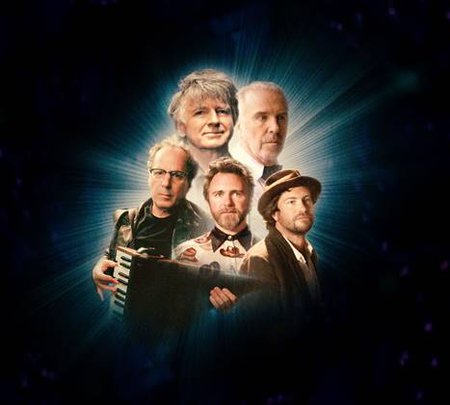 The album is available for pre-order HERE, download/stream “To The Island” HERE.

The video for “To The Island” can be seen HERE and was filmed at various locations including New Zealand, Los Angeles and Ireland with Neil Finn and Simon Mark-Brown serving as directors.

The band also begins their “To The Island” tour in New Zealand March 4th with full itinerary listed below.   The tour and new music feature founding members Neil Finn and Nick Seymour along with producer and keyboardist Mitchell Froom, guitarist and singer Liam Finn and his younger brother, drummer Elroy Finn.

Finn explains, “I’ve always been afraid of just repeating the same formulas, and somehow this feels like a fresh and authentic way to re-approach Crowded House today with an awareness of all our history and where, how and why it began in the first place. The original band mentality and philosophy in still in there, especially with Mitchell now part of it again, working in a different way along with Nick and I.” At the same time Finn clearly treasures all the new energy and talent brought to the party by Liam and Elroy.

Following Neil Finn’s surprise star turn and an extremely successful world tour with Fleetwood Mac, Neil and Nick Seymour are energised and inspired to begin a new chapter in the Crowded House story. A new generation has grown up and connected with their songs and will now get to experience the band live as they perform legendary anthems from the bands 35-year career, along with fresh new music.

“We were fortunate to be recording in the studio right before lockdown and so began this album with band tracks recorded live in a room, all brimming with character and energy. We then spent our strangest year, 2020, at distance from each other but connecting daily, swapping files and making those tracks complete. We’re so excited and grateful to be back in one room together now, rehearsing, first to play live in front of audiences in NZ and soon we hope for the rest of the world,” said Neil Finn.

9. Too Good For This World

For complete tour and ticket information, visit crowdedhouse.com & www.livenation.co.nz
Editor’s Note:  There are no restrictions on mass gatherings nor are there any social distancing requirements or mask protocols in New Zealand.