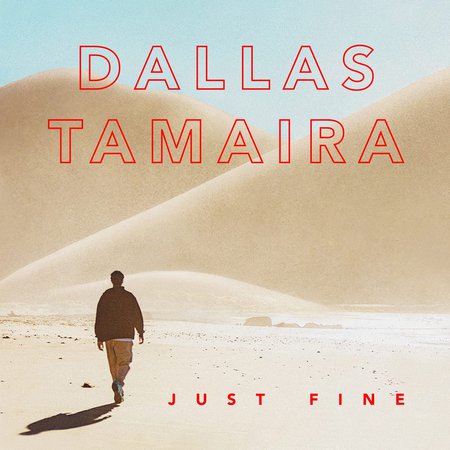 The unmistakable voice of Dallas Tamaira (Ngāti Tūwharetoa/Pākehā) shines bright on the new track as he glides smoothly and deftly over Devin Abrams' (Pacific Heights, Shapeshifter, Drax Project) breezy, head-noddin' production, before sealing the deal on a chorus that is equal parts nostalgia vibes and future memories.

“Just Fine is as much a song about how we like to hold onto things, as it is about the importance of letting go”, says Dallas on the track. “You can dream big or be a big dreamer. It's about waking up and putting all your hopes and dreams into action. It’s about not being afraid to follow where your imagination takes you.”

Born in Ōtautahi Christchurch, of Ngāti Tūwharetoa and Pākehā descent, Dallas was raised in the small coastal town of Kaikōura before then rising to worldwide acclaim as lead vocalist for the iconic group Fat Freddy’s Drop. Twenty years on, Fat Freddy’s Drop are seen as one of the most successful New Zealand acts of the 21st Century and one of Aotearoa’s greatest live acts globally.

Dallas Tamaira began releasing new music as a solo artist in 2020, his first as Dallas Tamaira in twenty years. The pandemic lockdowns created the perfect storm for this new phase of personal creativity for self-proclaimed introvert. ‘Just Fine’ follows on from the previously acclaimed and much loved singles ‘No Flowers’ (2020) and ‘Spider’ (2021).

Made with support from NZ On Air.