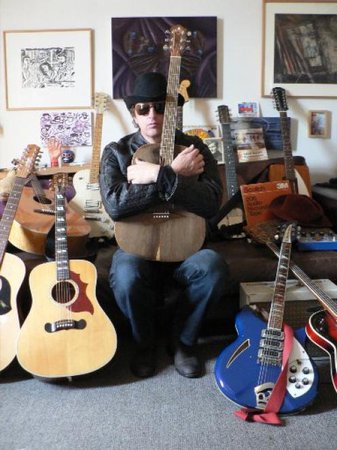 Says founder of Songbroker, Jan Hellriegel, "We are truly excited to have the songs of David on our catalogue. David is a unique and prolific artist and one of New Zealand's music heavyweights, an icon within the New Zealand music industry and beyond."


David Kilgour adds,"Its a great pleasure to work with such a progressive and artist friendly company."

Kilgour first started playing guitar as a teenager in the late 1970s.

With brother Hamish he formed The Clean, a band recognised as one of the founders of the New Zealand independent rock scene and a pivotal band in the development of the Dunedin sound, centred around the Flying Nun record label. Kilgour has also played with the bands Stephen and The Great Unwashed.

In 1991, Kilgour recorded his first solo album, Here Come The Cars, which received critical acclaim. 1994 showcased the release of his second solo LP, Sugar Mouth, and in 1995 he released First Steps and False Alarms, a compilation of recordings & demos made between the late 80s and early 90s.

In 1997 he recorded the album David Kilgour and The Heavy Eights, made with the help of several other notable Dunedinites including Martin Phillipps from The Chills.

In the 2001, Kilgour was appointed a Member of the New Zealand Order of Merit, for services to music. That same year, he released his 4th solo LP, A Feather In The Engine, hailed by many as his best work yet.

In 2004, Frozen Orange was released on Arch Hill Recordings (NZ) and Merge Records (USA). Kilgour  recorded the album in Nashville with members of Lambchop and JasonLoewenstein of Sebadoh, along with his longtime backing band The Heavy Eights (Taane Tokona, Alan Haig, Tony De Raad and Thomas Bell).

Kilgour has collaborated with renowned poet and friend Sam Hunt on the two albums Falling Debris and The 9th, both of which received high praise.