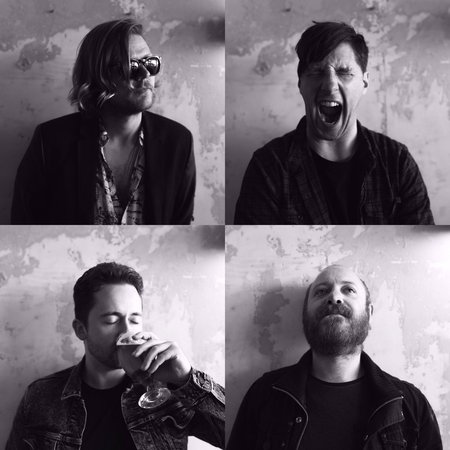 Auckland band Dead Favours have just released the video for the blistering new single ’Noise Beers’, the latest from their debut album ‘Misbehaviour’ that was released in June.

The
video is a great collection of footage gathered over their journey of the last year; from recording the album to hitting the road with Villainy, playing Jim Beam Homegrown and everything in-between that was edited together by the bands drummer Charlie Smith.

The song was originally named “Finger tapping & Noise Beers” by producer Tom Larkin as a working title, but when the band came to give the song a real name they couldn’t possibly think of anything more fitting for such a balls to the wall energetic song, so they kept it!

And with a name like that, it would make sense to hit up your favourite local brewery to see if they were interested in making some Noise Beers of their own - which they did! You can expect some full noise Dead Favours IPA’s courtesy of Behemoth Brewing to be hitting the shelves early 2020!

The band are extremely excited: “Isn’t it every bands dream to have their own beer?!” Behemoth have just won a number of awards at the NZ Brewers Guild Awards – including best IPA, so you can expect great things from this collaboration.

After such a busy 2019 touring NZ alongside the likes of Villainy, Skinny Hobos, Grammy winners Halestorm AND dropping their debut album ‘Misbehaviour’ the band say 2020 is already shaping up to be full noise as well with the announcement of Jim Beam Homegrown and more to come!

Keep an eye on their Facebook page for more announcements coming soon!