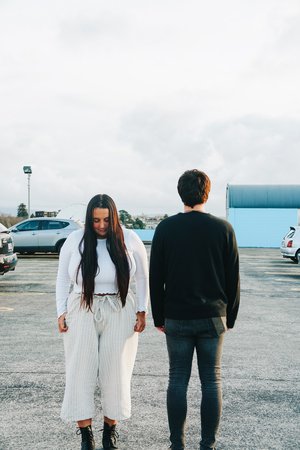 Indie folk duo Lhasa will release their debut EP, Birdsong, on 21 September. Fans have the chance to pre-order the EP on iTunes and Bandcamp before its release. Their debut single, also titled Birdsong, was released on 24 August. To celebrate the release of their EP, Lhasa will play a concert at The Creators in Hamilton on 20 September.

Lhasa are the result of two completely different worlds colliding. One from a sleepy, small city in New Zealand, while the other grew up in one of the biggest cities in China. The duo come together as a marriage of different cultures, backgrounds, and experiences to create something unique, punchy, and eager to be heard. Samuel and Micaela met at music school and formed Lhasa when they began writing songs together in 2017.

Like the merging of two completely different lives, their music is a combination of an organic acoustic sound and a penchant for rock music. Their striking harmonies and poetic songwriting provide an immersive, emotional experience.

Inspiration is drawn from tales of love and loss, life's longings, friendships, and disappointments. The songs were written in the midst of navigating evolving relationships, leaving childhood, and settling into new environments.

“Music is something that helped us both get through tough times and is ultimately what brought us together. We wanted to create something that communicates real emotions and experiences, so that our music can be that for other people too.”

All songs on the EP are written and performed by Lhasa, recorded in their home studio. Mixed and mastered by Samuel Fistonich.