D.Matthews Is Excited to Announce His New Single Called 'One Love'

Auckland, New Zealand – D.Matthews is thrilled to announce HIS latest single 'One Love' 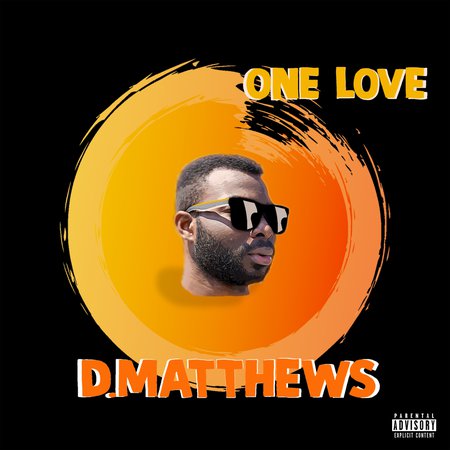 D.Matthews takes you into a different
phase of Afrobeat with HIS new track called, "One
Love".
This expansive and personal work is to address the
division of love; we see the happenings of this all around
the world nowadays. However, the song is expected to
create an atmosphere of a positive shift to the listener.
The beat was derived from a true and well connected
African root. The playing of the multiple instruments
used can be seen as an astounding and exciting music
boundary in the art.
"One Love" features some "intoxicating" and
"mesmerising" melodies and harmonies that easily
wraps you around "like a warm blanket which gets you
curled up like a baby", making you want to dance all at
the same time. Meanwhile, the message still stays true
and connected to what it portrays about love &amp; harmony.
Keeping everyone together as "One" and not divided.

The song was produced by, "Edyonthebeat, a well
renowned New Zealand music producer/music engineer
etc. He has worked with several world class artists due
to his standard of work.

Another body of art (EP PROJECT &amp; LAUNCH IN
ACCORDANCE WITH MUSIC VIDEOS) is set to be
released in May/June (Month has not been set as of yet)

BIO:
D.Matthews aims to inspire listeners through his
stimulating lyrics and lively blend of Afrobeats &amp; Hip Hop
which gets you on your feet at most times.

D.Matthews entered the music scene at the age of 20,
Born in Ibadan, Oyo State. D.Matthews knew he was
destined to entertain from a young age, singing and
dancing when he returned from church. He went on to
launch his music career after realizing music is meant
for him. His career has since gone from strength to
strength on a daily.