Today, Don McGlashan is elated to reveal the impressive roster of locally-sourced support acts for his upcoming Aotearoa tour dates to celebrate his number one album, Bright November Morning. Due to high demand, a second Wellington date has also been added for Friday, October 28 at Old St Pauls. 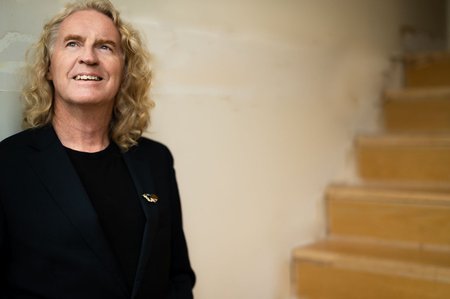 The tour will have the full band that recorded the album with Don, including; Shayne P Carter (Straitjacket Fits, Dimmer), Chris O’Connor (SJD, Phoenix Foundation) and James Duncan (SJD, Dimmer) and joining them will be multi-instrumentalist Anita Clark (Motte).

Kicking off the tour at Queenstown's Sherwood, Don and the band are joined by young guitarist and Play It Strange Youthtown Songwriting finalist Jack Speedy. In Christchurch, rock n roll group Adam Hattaway and The Haunters are set to perform, in addition to a second date on the tour in Leigh.

Those in Akaroa will be treated to the bewitching alt-folk music of songwriter Emily Fairlight, and Wellington offers the superb talents of local musician Michael James Keane, along with Jazz vocalist and composer Jess Deacon (Play On Words) in Paekakariki.

Don McGlashan - Bright November Morning Tour
All tickets can be purchased via - www.donmcglashan.com

Don McGlashan released his new album, Bright November Morning,  following the release of three singles; ‘Now’s The Place’, ‘Go Back In’ and ‘All The Goodbyes In The World’. The glowing reviews and accolades have been rolling in and the audience have spoken by buying up large with sales pushing Don McGlashan’s album to Number 1 on the New Zealand Recorded Music Album Charts.

Surprisingly, this was the first number one album for Aotearoa’s songwriter-storyteller, Don McGlashan. And he was thrilled.  “I’m somewhat overwhelmed that the album went straight into the NZ charts at No. 1….  That’s a first for me. I’ve had, I think, 5 top-5 albums over the course of a 40 year career in various collaborations and solo, but never the top spot ‘til now. Huge thanks to all of you for listening, being supportive, and being part of the team.” - Don McGlashan

Bright November Morning, is McGlashan’s fourth solo album, and is an essential addition to his remarkable output. It has all the glittering McGlashan touches in place: from the detail-perfect narratives of local life (the neighbours looking in when we take the curtains down, swimming and seeing Russian container ships on the horizon) to the strummy melodicism with detours into something noisier,  and on to those welcome and welcoming choruses.