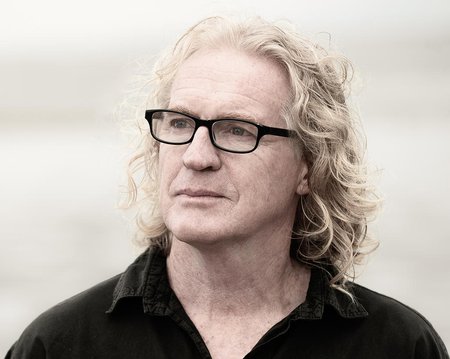 Don tells the story; “This song came from an idea Harry Sinclair and I had for the kids TV series Kiri & Lou. Most adults seem to live in the waiting room of what’s going to happen next. When you’re brushing your teeth, you’re thinking about getting in the car; when you’re in the car, you’re thinking about arriving at work, and so on. Before we teach kids that awful trick, they can still marvel at the ‘nowness’ of ‘now’. “Harry and I had a ball writing a one minute song about that called ‘How Did We Get To Right Now?’ for Jemaine Clement and Liv Tennet to sing in the show - but another song came out at the same time: a loud, trippy rock song about the exhilaration of experiencing each moment, free from what’s behind or what might be up ahead. Harry was into me using it on my album, so I sent a demo to the band. They went into Bob Frisbee’s studio in Auckland, and wailed away gloriously over my rough acoustic guitar and vocals.  “I love the power and joy in every note that Chris, Shayne and James play on ‘Now’s The Place’.  And I love the fact that, thirty-six years years after The Front Lawn started, there’s a brand-new Front Lawn song on this album.”Listen to ‘Now’s The Place’ here: https://linktr.ee/donmcglashan

Don McGlashan & The Others

Tickets On Sale Now From www.donmcglashan.com
Don McGlashan recently announced his eagerly-awaited new album today. Bright November Morning will be released on October 29th, followed by an eight date tour across New Zealand, beginning November 11. This will be McGlashan’s fourth solo album, and is an essential addition to his remarkable output. It has all the glittering McGlashan touches in place: from the detail-perfect narratives of local life (the neighbours looking in when we take the curtains down, swimming and seeing Russian container ships on the horizon) to the strummy melodicism with detours into something noisier (hello Shayne P Carter, ruffling the immaculate surfaces), and on to those welcome and welcoming choruses. Recorded in Lyttelton, Auckland and Vancouver, and full of inspired playing from his band The Others: Shayne P Carter (Straitjacket Fits, Dimmer), Chris O’Connor (SJD, Phoenix Foundation) and James Duncan (SJD, Dimmer), Bright November Morning marks a new stage in Don McGlashan’s generous and humane songbook.