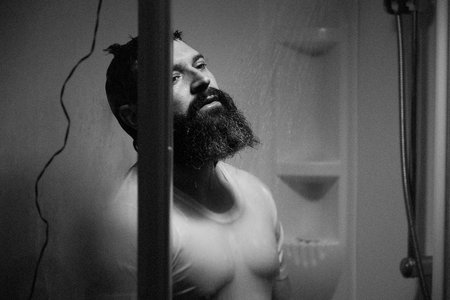 Alongside the video release Benson is preparing for his first ever tour of Europe with dates in the UK, Germany, Bulgaria, Ireland and Ukraine across August and September, followed by Australia in early October. Watch ‘Matariki’ video HERE.Directed and animated by Tokyo-based New Zealand illustrator Emile Holmewood (Blood Brothers), with thanks to NZ On Air and Film Dunedin, the clip for ‘Matariki’ is released to celebrate the Māori New Year. “Matariki is a song about managing grief, and a tribute to our Southern night's sky”, says Dudley. “I take comfort in knowing that the people who I've lost in my life are still around, and the tikanga that the people we love are still with us in nature - whether it be a star cluster or a mountain, or something else.” The video will be followed by a series of remixes from artists Barbara Morgenstern, Eyeliner, Kolya, KTN and Jerry Watts. Following Zealandia’s release Benson is looking forward to taking his music to a new audience overseas. The themes of Zealandia - decolonisation, nationhood and our relationship with nature - are bound to resonate with audiences in the Northern Hemisphere and across the Tasman as much as they have in Aotearoa. His first album of new material since the Taite Prize nominated Forest (2010), Zealandia took eight years to produce, and features a meticulously arranged tapestry of over 160 contributors, including the Dunedin Symphony Orchestra, the New Zealand Youth Choir, and GNS Science geologists. Upon release the album garnered acclaim across New Zealand media. “Put simply, records this rich don’t come along very often”- Nick Bollinger, Radio New Zealand “A masterful piece of storytelling and inquiry” - Tom McKinlay, Otago Daily Times “An arresting epic"- George Fenwick, NZ Herald