“What if we could be, everything we were meant to be, could we change the world?” 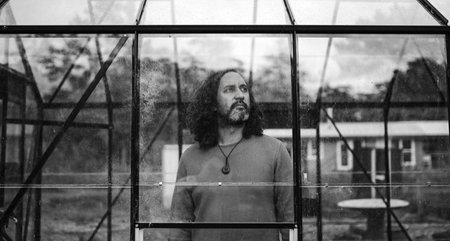 Delivering a voice described as ​silk and sandpaper,​ Ed Waaka​ ​is fast becoming one of the most compelling singer songwriters in Aotearoa. ​With a soul man’s voice and a poet’s soul, his music pays homage to the power of the human condition, creating songs that are both consciously direct and destined to spiritually uplift.

His latest offering ​Revolution,​ the second single from Ed’s forthcoming self-titled E.P, is a continuation of the socio-political themes set out in first single, ​War On The Street.

Inspired by Aotearoa’s diverse political history, ​Revolution​ pays tribute to early generations of Māori who fought in the name of indigenous rights amid times of social conflict, and how their efforts became a blue print of protest for future generations on the local and global stage.

“The NZ Land Wars, Parihaka, the 1975 Māori Land March, Bastion Point, and more recently, Ihumātao, inspired me to finish a song I had written 4 years earlier. It reflects the sentiment I felt learning of this history, and how these events aren’t taught in our education system. In some ways I wanted to draw comparisons to the present-day Aotearoa and the conflicts we still face, and how they can be resolved peacefully.”


Beginning with Bastion Point and ending with Ihumātao, the accompanying video is illustrated with footage from some of Aotearoa’s most significant protests. It spotlights our nation’s never ending drive to stand up and fight in the face of injustice.

Revolution is steeped with dream-inducing Hammond organ and washed with vocal harmonies, reminiscent of classic 70’s folk and soul. It is a timeless piece of song writing that evokes a sense of nostalgia and reflection, back to a time fuelled by its own periods of inequality and unrest.

“I wanted to create something that felt timeless, and the only way was to record using traditional instrumentation like organs, pianos, strings and horns. It’s hard not to get a sense of nostalgia when you hear all these elements working together.”

Revolution, the second single from Ed Waaka’s forthcoming EP releases Friday 29 November on Spotify, Apple Music and iTunes and is released with the support of NZ On Air.