Named after the statuesque hilltop outside of Estère’s studio window, Mākara Peak is a self-produced EP that combines beat-pop, RnB and ASMR, creating an upbeat hypnotic dancefloor tracklist. 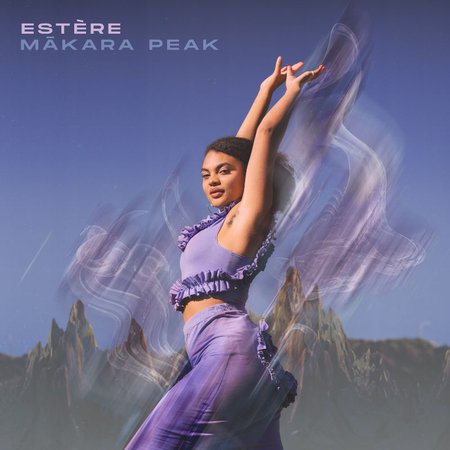 Citing Burna Boy, Lido Pimienta, Doja Cat and Lous and the Yakuza as some of the main inspirations for the EP, Mākara Peak explores Estère’s love of dance-rhythm and her sonic identity rooted in her Cameroonian/Kiwi ancestry.

Produced at home during lockdown in a humble study-cum-studio she fondly dubs ‘Le Petit’, Estère says “I just wanted to create something unapologetic and honest, that represents where I’m currently at as a human and artist - I never want to feel pressure to stick to who I once was or what I’ve done before.”

Conversation With Daddy playfully questions material greed and wealth, and started with a chat on the phone between Estère and her father. “My dad will often go into these impassioned dialogues about whatever he’s thinking and I really like the percussive element of his speaking style. His voice over the phone is really alive,” says Estère. “Conversation With Daddy” explores both Estère’s relationship with her upbringing and the pitfalls of capitalist society.

Melt is a beat-driven track which honours long and enduring love, and was largely composed while on holiday in Rarotonga earlier in 2022. “I think you can hear the summer vibes in it, it’s peppy and sexy with a hint of sadness - it’s for the long-time lovers and especially for the person I’ve been loving for a long time,” says Estère.

Mākara Peak is slated for release on Friday 2 December on Blue Riot Records, through all streaming platforms.