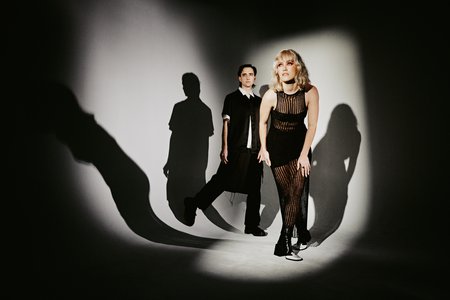 In their very short career thus far, Foley have been nominated for multiple awards including ‘Best Pop Act’ and ‘Breakthrough Artist of The Year’ at 2021 Aotearoa Music Awards, as well as an APRA Silver Scroll nomination. Their debut EP hit top 10 on the NZ Album charts and their previous single ‘Midnight’ became the #1 independent song on NZ Radio on both the overall chart and the Pop Top 40. The duo have also graced the main stage at New Zealand’s largest festival Rhythm & Vines, and have supported Six60’s stadium shows in both 2020 and 2021, where the group shared the stage with Still Woozy, Tove Lo, Two Door Cinema Club, and more. They now have over 8 million streams worldwide.Foley describes the new single, “As much as it’s a beautiful feeling to be loved, in a way it’s also really foreign and uncomfortable to be praised and complimented all the time. ‘Killing Me admits that we sometimes crave a love that plays hard to get even if that’s not the most healthy thing.” They continue, “I should be thankful 100% of the time that I have someone in my life who hypes me up, but humans are self sabotaging and bloody complicated!”

“Ever since I heard the first few bars of the ‘Killing Me Babe’ I was totally hooked, Ash and Gabe are both dynamic and driven individuals that are impossible to resist” says Dan Medland, General Manager of Nettwerk Australia.Foley joins Nettwerk’s expanding roster, which also includes Jaguar Jonze, Mallrat, Alex The Astronaut, Last Dinosaurs, Neil Frances and many others.

About Foley:Gritty, dance-able and fearless, innovative pop duo Foley have arrived as fully formed contenders on the world stage. The multi-instrumentalist team of Ash Wallace and Gabriel Everett galvanize with their forward-thinking sound. A singular organism in duo form, their boundary pushing formula bears all the gleaming hooks, infectious rhythm patterns and deft arrangements required for success. Foley ultimately seek to bring souls together. “We write music that bonds people in their experience, through heartbreak, joy, the ups and downs of life.” The pair share the same philosophy and simple mantra for everything that they do, it is, “to make people feel like they are part of something, regardless of if that thing is huge or tiny, music is about community and coming together.