Fur Patrol are throwing a 21st party like no other this September! 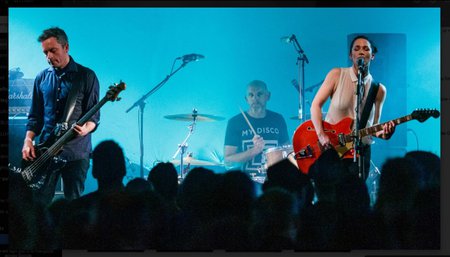 The iconic Kiwi rockers have just announced a seven-date tour of New Zealand in celebration of their landmark debut album, PET.

Now, they’re getting the band back together and taking the record on the road.

Fiery frontwoman Julia Deans will be joined by bandmates Simon Braxton (drums) and Andrew Bain (bass). Original guitarist Steve Wells will be sorely missed due to his location in Paris (thanks, Covid). “We're so looking forward to reloading and playing these songs live again, and just being in the same room together – it's been a minute!" says Julia.|

Fur Patrol will be joined by a top-class cast of support acts on the tour including Na Noiseat The Mount and Auckland, Mousey in Christchurch, Death And  The Maiden in Dunedin, and Soft Plastics in Napier and Wellington.

Hailed as one of the most beloved bands to emerge from NZ’s rock/pop scene in the late 90s/early 2000s, Fur Patrol made their mark in 1998 with their EP, STARLIFTER. But it was PET and its hit songs like ‘Lydia’ (the most played song on NZ radio in 2000) that really propelled them into the limelight. The band followed PET up with COLLIDER in 2003, THE LONG DISTANCE RUNNER EP in 2007 and LOCAL KID in 2008.

Fur Patrol are chomping at the bit to get out and play. Don’t miss the chance to hear PETin its entirety, live, this September!