Lights Burn Low is about a night out with a girl you're falling for. It chronicles the night, from getting ready together, the walk into town, moving in and out of bars, dancing and singing to a rock and roll band, and eventually walking her home in the early hours of the morning, and deciding to skip work so that it doesn't have to end. The song captures the nervous excitement of getting to know someone, and going out with them in those early days. 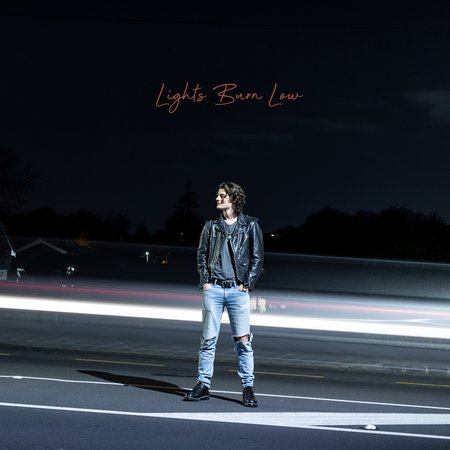 Led by a chugging electric guitar, smooth piano lines and a driving drum beat, Gabriel’s voice glides smoothly over the track, singing an honest inner- monologue, which narrates the night and all the emotions that come with it.

Written by Gabriel and produced by himself and collaborator Jonathan Meyer, Lights Burn Low is the anthem for your next Saturday night, and the Sunday morning after.

Gabriel Bond is a singer-songwriter with a passion for honest, vulnerable lyricism and melodic acoustic riffs, with a repertoire that blends upbeat anthems with melancholic ballads. Playing guitar and singing since he was five years old, his influences range from artists such as Bruce Springsteen, Maggie Rogers, John Mayer and Van Morrison. Gabriel began writing original music in his final year of high school, and followed this by studying a degree in Popular Music at the University of Auckland, where he won the “Songwriter of the Year” award in 2018.

Hailing from the shores of Palm Beach, Waiheke Island, Gabriel has played shows to crowds all over Auckland City, including headlining shows at venues like the Wine Cellar, and opening for Tiki Taane.

Over the past few years, Gabriel has been honing his craft and working with many up and coming artists/producers in the NZ music industry. His songwriting credits on songs have so far amassed 50k+ streams on Spotify. His songs reflect his life experiences and the world at large, with lyrics about leaving home, falling in love and heartbreak.

Gabriel’s debut single “History” has received 4k+ streams on Spotify since its release in November of 2020. In a 5 star review from Darryl Baser for muzic.net.nz, it was described as “one of the strongest debut songs I’ve ever heard”.

Gabriel’s follow up single, “Lights Burn Low”, is set to be released on the 17th of December, 2021, across all major platforms.