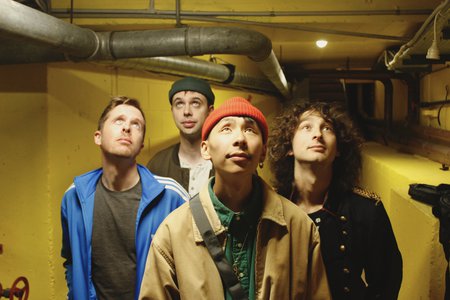 Written, recorded and produced by the group in their home studio in Auckland (NZ), the 4-piece once again show their love for blending genres by diving deeper into hip-hop influences while still retaining a rock’n’roll edge. This evolved sound is illustrated by the continuously changing, surreal animations of the music video which in turn explore themes of false first impressions and upturned expectations.

Having been more than a year since their last release, Goodspace set the vibe for their upcoming album.