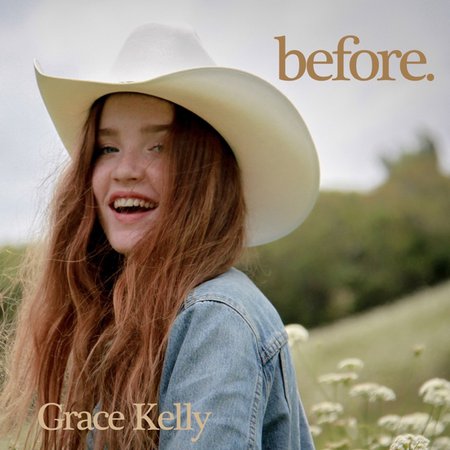 LISTEN TO ‘before.' SPOTIFY / APPLE

Infectious lead single ‘That Girl' is a sparkling blend of catchy effervescent pop and classic country music and, accompanied by a gorgeously simple video that encapsulates Grace's easy charm.

Grace's passion for music is heavily influenced by the Nashville music scene, and at just 17 all her songs are written from the heart as she shares her coming of age life experiences. Her debut ‘before.' features five original, uplifting and positive tracks in what is a wonderful blend of country-dipped pop infused with a healthy dose of talent and the sheer radiance of youth.

Creatively on a fast-paced roll for the last year, Grace has been quickly carving her own path in the country-pop genre. Having burst onto the scene in the US only last year, 2019 was a whirlwind, with Californian city San Jose choosing her song ‘San Jose' as their theme song and pushing her into the limelight. The song has now hit over 50,000 streams on Spotify and you can watch the charming video here.

Following on from the release of ‘San Jose', the momentum also started building rapidly on the live front, with highlights including opening for country music giant and television personality Blake Shelton, and being able to perform on the same bill as country music singers Eric Paslay, Phil Barton and Taylor Swift's songwriter Liz Rose.

Grace lights up when she's in the spotlight and there's no doubt that this 17-year-old's future is very bright! Watch out for this new young guitar and vocal talent as she follows her dreams to reach her fullest potential.

Please join Grace on instagram LIVE this Saturday 28 March at 2pm NZDT to help her celebrate the release of ‘before.' as she live streams a performance and chats about the songs.