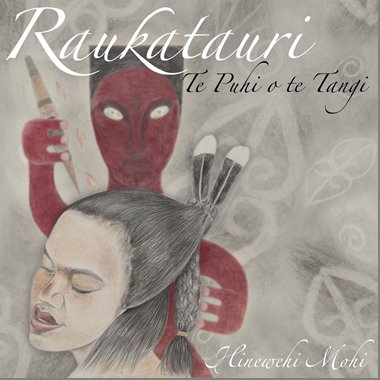 It is a measure of the woman’s generosity of both spirit and means that all profits from her new album are being donated to the Raukatauri Music Therapy Trust. A quiet, courageous, and generous soul, Hinewehi has been the driving force behind the establishment of New Zealand’s first independent music therapy centre. She has had a long career in television production and has raised a severely disabled daughter. She herself is a breast cancer survivor.

The album's full release follows its launch in June during the Matariki Festival and its availability since then through the Raukatauri Music Therapy Centre. The new recordings are a celebration of 20 years of Hinewehi’s music making under the guidance of many mentors and is a tribute to Raukatauri – Te Puhi o te Tangi (the personification of music). She says she was particularly keen to do the album to pay tribute to two of her mentors who have since passed away: Drs Hirini Melbourne and Hone Kaa.

After meeting UK composer Jaz Coleman in 1992 at the opening of his York Street Recording Studios in Auckland, the two began to explore fusing traditional Māori music with western sounds and rhythms.

“It has been nice to return to York Street to do this album with Peter Scholes (arranger/conductor),” Hinewehi says. “I met Peter through Jaz when working on earlier projects with orchestra. “

An opportunity brokered by Jaz and Universal Music led to the international release of Oceania, a first for a contemporary Māori album. That album went on to achieve double platinum sales in NZ and 70,000 sales world-wide.

It was during the promotion of the first Oceania that Hinewehi was asked to sing the national anthem at Twickenham in London during the 1999 Rugby World Cup. Hinewehi’s Māori version of our national song caused a storm of controversy both in NZ and the UK. However, her actions precipitated a new government directive that both the Māori and English versions of our anthem be sung at sports fixtures and other ceremonies.